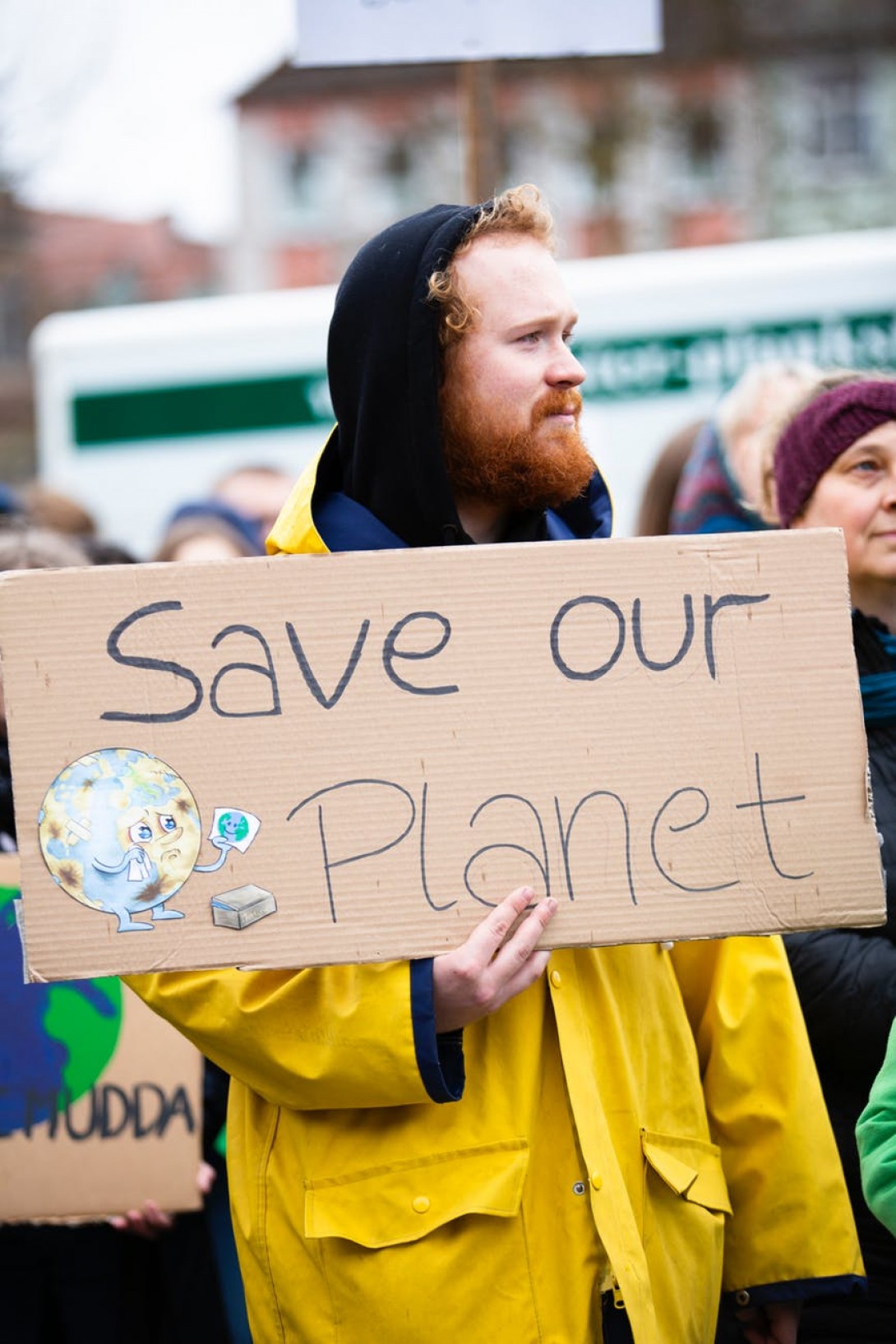 We keep hearing that we have a big problem, that we are killing off the planet, that we must do more. So what are the answers to climate change? Do we have any answers or just more questions.

When did it start?

These are the levels of carbon dioxide in our atmosphere over the last few hundred years.

There is a massive increase in carbon dioxide that coincides with the start of the industrial revolution.

From the 1950s on, we started breaking CO2 records and haven’t stopped since.
Scientists say there’s a 95% chance that human activity is the cause. Kind of obvious to most of us as we are using more and more fossil fuels that release carbon dioxide, to power homes, cars, lorries, buses, factories and aeroplanes.
The global population continues to grow which of course means more homes, cars etc.

Then of course we are compounding the problem by cutting down massive quantities of trees.

Why are removing trees a problem?

Trees! Now this is a major problem. At a time when CO2 levels are rising we are vastly reducing one of the main things that takes CO2 from the air. Not only do they remove CO2 but they give us back oxygen in return. See the problem here? 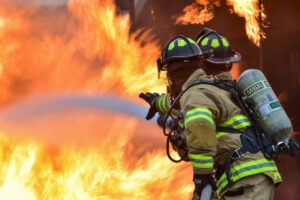 From Wikipedia on the Amazon Rainforest. Read more HERE.

In 2019 Brazil’s protections of the Amazon rainforest were slashed, resulting in a severe loss of trees.

With the increased population we are also eating more animal products. Animals release Methane gas into the atmosphere, another pollutant. 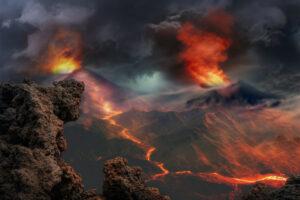 Volcanoes are constantly erupting around the world, small eruptions, so commonplace it’s not newsworthy enough to be in the news. There are also large eruptions, that we do hear about,  that do a lot of damage to people and surrounding villages/towns. These all release gases into the atmosphere.
Most people can recall the Iceland volcano

So all the gases are in the air, and when sunlight gets into the earth’s atmosphere, some of the heat gets trapped, and the planet gets warmer. That’s why they call it the “Greenhouse Effect”. But the concern is not that the earth is getting warmer.

* The Human Fingerprint on Greenhouse Gases 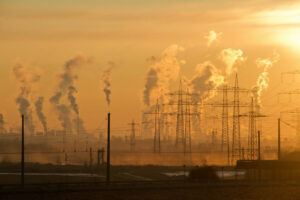 There are some basic well-established scientific links:

What is being done?

Back in 2016, world leaders signed the ‘Paris Agreement’. They made a pledge to cap temperatures rising by 1.5 degrees or a maximum of 2 degrees, before the year 2100. 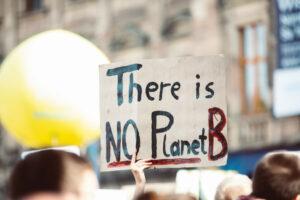 So all the countries set their own targets based on how much CO2 they emit.

The problem though is that three years after the agreement, global CO2 levels are still going up.

The US, one of the world’s biggest polluters, has pulled out of the Paris deal. Russia and China are accused of not giving themselves proper targets in the first place. There are countries that want to build more power plants that use coal compounding the problems we are facing.

Some countries are making progress. India, Morocco, and The Gambia have massive renewable energy projects. There are different countries doing different things really successfully some countries are, for example, making all public transport free in the cities. What a great way to encourage people out of their cars. But experts say what’s needed now is an even bigger push to change everything about the way we run our world.

Business as usual has got to change. So has politics.

If you want a different outcome you can’t keep doing the same things, the same old way.

We cannot have infinite growth on a planet that has finite resources we are stripping from it at a great rate.

And then there’s the sceptics.

I suppose if you are sceptical about climate change it’s easier, you don’t have to feel the need to do something about it. I used to think it wasn’t that bad because the earth has always warmed and cooled over  millenia. Which surely means that all this is part of its natural cycle.

Well it could be looked at that way if people weren’t taking so much out of the earth cutting down the forests to create roads, factories, shops and  homes etc, that all spew out pollution.

Don’t take my word for it. Go on official websites, not the nonsense ones that turn out fake news at a great rate of knots. Check the facts. Look at the satellite photos.

I don’t have any degrees, I speak as a concerned mother and grandmother. I want my grandchildren to have a future on a thriving planet.

This is my opinion for what it’s worth. 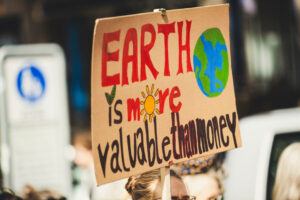 Everyone keeps talking and not taking  enough action. The Paris agreement was meant to make a difference, countries were supposed to be cutting pollution but instead it has got worse. The levels are climbing faster than ever.

I just see the massive destruction of the Amazon rain forest being destroyed purely for greed. Even local to me woodland is being cut down to build houses. Houses that add to the pollution, that have people who will drive cars, more pollution and yet those more than a hundred year old trees that could have helped have been removed. Where is the sense in that?

Why are so many big companies destroying the earth just to rake in even bigger profits while countries and governments standing by allowing it. If I can see the destruction being caused, why can’t they?

Do any of the heads of these companies have children or grandchildren? If they do, is money more important than those children’s futures?

If they care nothing for their own families future, they certainly have no concern for the people they don’t know.

So what can WE do?

Well there’s only so much bike-riding and light-bulb replacing we can do everyday.

We continue to recycle and try not to use anything with single use plastic. Buy eco friendly re-usable  water bottles, take a bag with you to avoid using plastic ones. Maybe try using soap and shampoo bars. They last longer and don’t come in a plastic bottle. Go for eco friendly washing and washing up liquid. There are many small ways we can help, just by swapping one thing or another for a more eco friendly version.

Write/email  to your local MP, prime minister/President, anyone in authority and keep writing/emailing. If enough do it a difference can be made. It’s the little things that make a difference, individuals making a difference,

Protests don’t seem to work, especially if they disrupt others lives. All that happens is people get angry and they turn away from the subject of the protest. Having seen many of these televised and watched the faces for reactions, that is my interpretation.

It will be the many little things we do that help but we need to reduce the things that do the most harm, vehicles! Cars, lorries, buses, coaches before its too late.

It will be interesting to see how big the reduction of CO2 is for  this time period now that many countries have imposed restrictions on movements and closed borders.

What do YOU think? What are the answers to Climate Change in YOUR opinion?

So what is the the expert advice? Is that it’s down to all of us, to change our ways and shake things up, or climate change is going to do it for us. Hmmm, seems like it is doing just that!!

Thank you for visiting and reading this post, questions and comments welcome. AOSOM UK sometimes its not green As an Amazon Associate I earn commission from qualifying purchases.

This also applies to other companies I am affiliated with.

Product prices and availability are accurate as of the date/time indicated and are subject to change. Any price and availability information displayed on [relevant Amazon Site(s), as applicable] at the time of purchase will apply to the purchase of this product.
Blogarama - Blog Directory
error: Content is protected !!